Posted on October 9, 2012 by Buena Park Library | Leave a comment

Would you?
That’s what Jean-Paul Sartre did when he declined the Nobel Prize in Literature in 1964. Mr. Sartre declined the title of Nobel Laureate and the accompanying prize money of $53,000 (the equivalent of nearly $400,000 in 2012).

And what was Mr. Sartre’s reason? Mr. Sartre believed that “a writer must not accept official awards because to do so would add the influence of the institution that honored his work to the power of his pen. That is not fair to the reader…” (“Sartre Awarded Nobel Prize, but Rejects It,” The New York Times, October 23, 1964.)

Who will win the Nobel Prize in Literature along with the $1.2 million in prize money this year? Find out this Thursday, October 11!

Posted on September 25, 2012 by Buena Park Library | Leave a comment

Here’s another roundup of cool articles for lovers of literature…

via BoingBoing:  Someone found and scanned a great vintage ad on how to write with style featuring Kurt Vonnegut, plus a gallery of other ads in the series.

via Flavorwire: Check out this gallery of artwork inspired by 20th century American novels.

via io9: Is it true that the best tv shows are made from books?

via Neatorama: celebrate William Faulkner’s birthday with some life advice from the man himself.

Posted in Books and Authors, Miscellaneous

“I wrapped it myself.”

END_OF_DOCUMENT_TOKEN_TO_BE_REPLACED

Remembering Donald J. Sobol or The Case of the Sherlock Holmes in Sneakers.

The literary world has had another great author taken from it this year. Donald J. Sobol, better known to us children who were just a little bit nerdy, the author who brought us Encyclopedia Brown passed away on July 16th at the age of 87. He did not get as much attention as the others who have passed on this year, but in my heart, he is worth mentioning. When I was a little girl I always wanted to read those sleuth novels my grandparents were reading. My grandmother would tell me “They are not really for little girls!” One day she took me to this very library and I discovered “Encyclopedia Brown, Boy Detective.” I was instantly hooked the moment I opened those pages and dove right in. When we went back to the library I checked out about 7 more Encyclopedia Brown books, each of which I torn in to as fast as I could! I grew to really love Encyclopedia Brown and his sometimes partner/ sometimes bodyguard, Sally Kimball. They were my childhood Nick and Nora Charles. Through Sobol’s characters I grew up wanting to be a sleuth myself. It was the spring board to my love of Dashiell Hammett, Agatha Christie, and Sir Arthur Conan Doyle. I owe a great big part of my childhood to Mr. Sobol as I think many of us do. He will be greatly missed and will live on through the novels he gave us.

If you answered, “Why, clearly, that is a picture of a hat,” I am sorry to say that you are mistaken.

END_OF_DOCUMENT_TOKEN_TO_BE_REPLACED

Legendary science fiction and fantasy author Ray Bradbury died this past Tuesday at the age of 91.  Bradbury was considered a pioneer of  20th century science fiction literature along with Arthur C. Clark, Isaac Asimov, and Robert A. Heinlein.

A prolific writer, Bradbury leaves behind a body of work that includes 27 books and over 600 short stories.  His most celebrated novels include The Martian Chronicles, Fahrenheit 451, Dandelion Wine, and Something Wicked This Way Comes.  Bradbury also made his mark in Hollywood, having penned the screenplay for the 1956 film version of Moby Dick along with several episodes of The Twilight Zone.

Bradbury was also a tireless advocate of public libraries, stating that: ” Libraries raised me. I don’t believe in colleges and universities. I believe in libraries because most students don’t have any money. When I graduated from high school, it was during the Depression and we had no money. I couldn’t go to college, so I went to the library three days a week for 10 years.”

If you’d like to learn more about Bradbury or explore his work, the Library has a wide selection of material to choose from.

It’s no coincidence that this day was chosen for the premiere of the movie adaptation of his beloved book, The Lorax.  And it’s no wonder that The Lorax is the showcase book for this year’s Read Across America Day.

Check out these heartwarming and inspiring quotes from the man himself at Thinkexist.

Flavorwire has an entertaining article highlighting iconic Seuss characters and ranking them from best to worst.

And did you know there is a Dr. Seuss National Memorial Sculpture Gardenin Springfield, Massachusetts?  Well now you do and you can plan your next family vacation accordingly!

Posted in Books and Authors, Movies and TV

Posted on February 26, 2012 by Buena Park Library | Leave a comment

Here’s a birthday shout out to John Steinbeck, who was born on February 27, 1902.  Steinbeck was a famous American writer widely known for the Pulitzer Prize-winning novel, Grapes of Wrath (1939) and the novella Of Mice and Men (1937).  Both were transformed into critically acclaimed feature films later on.  The Buena Park Library District’s catalog has a wide variety of Steinbeck material here.

And though Steinbeck died on December 20, 1968, his legacy lives on at the National Steinbeck Center and the John Steinbeck exhibit at The California Museum.

Posted on February 12, 2012 by Buena Park Library | Leave a comment

Happy birthday, Judy Blume! Born February 12, 1938, Blume is widely known for her novels that tackled complex and controversial issues relatable to children and young adults such as Forever and Iggie’s House.

You can read her official bio here.

Or check her out at the Buena Park Library! 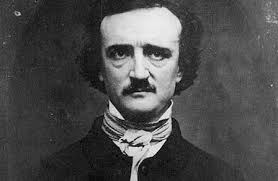 Thursday, January 19th, was Edgar Allan Poe’s 203rd birthday. Yes, we missed it it by a few days but better late than nevermore (see what i did there?).

And we’re not the only ones who missed the festivities. It appears as though the mysterious Poe Toaster‘s yearly midnight visit to the writer’s grave is now a thing of the past.

Nonetheless, Poe’s legacy as a master of mystery and horror, and as one of America’s first great writers, endures. Did you know that his “The Murders in the Rue Morgue” is widely considered to be the first modern detective story? Did you know that the Baltimore Ravens were named after his most famous poem?

Learn more about the man and his works…

The Museum of Edgar Allan Poe

Or check him out at the Buena Park Library!

Posted in Books and Authors, Miscellaneous