Are you stressed out about your holiday shopping? Take heart. Helpful advice from Dave Barry to the rescue:

Here is a very efficient shopping method: divide the amount of money you have by the number of people on your gift list to get an average dollar amount per person. So if you have $160 and you want to buy gifts for 10 people, your average is $16 per person. Now find something that costs $16, and buy 10 of whatever it is. You’ll find many useful gifts in this price range; for example, you could get 10 family-sized bottles of vitamin B. Everyone, young and old alike, can use vitamin B, and your children are sure to shriek with delight when they find it under the tree.

And whatever you do, don’t get a man a new tie.

If you give [a man] a new tie, he will pretend to like it, but deep inside he will hate you. If you want to give a man something practical, consider tires. More than once, I would have gladly traded all the gifts I got for a new set of tires.

There you have it. All your holiday shopping woes solved. Vitamin B for all.

Dave Barry’s excellent advice above was taken from this hilarious book we have here at the library:

Check it out for more thoughts on the holiday season from writers including John Waters, Mark Twain, George Plimpton, Augusten Burroughs, and David Sedaris.

For Christmas Music Lovers (and Haters Too)

Have Yourself a Merry Little Christmas (1943)
This song makes us feel wistfully warm inside today, but its original lyrics were downright morbid: “Have yourself a merry little Christmas/It may be your last/Next year we may all be living in the past.” Yikes.

I Want a Hippopotamus for Christmas (1953)
Written by John Rox and first sung by ten-year-old Oklahoma City resident Gayla Peevey, this song was a huge hit in 1953. In the song’s honor, the Oklahoma City Times and a local television station successfully raised enough money to purchase a hippo for the city zoo, and Peevey presented Matilda, a three-year-old baby hippo weighing 700 pounds, to the zoo on Christmas Eve.

Jingle Bells (1850, published 1857)
Here’s a shocker: “Jingle Bells” isn’t even a Christmas song. It was intended by its writer, James Lord Pierpont, to be a Thanksgiving song entitled “One Horse Open Sleigh,” but it was so beloved by its first hearers that they altered the lyrics slightly and sang the song during Christmastime.

Last Christmas (1984)
Many people find this song incredibly annoying. I am certainly not one of those people, but if you are, you might hate it less if you knew that Wham! gave nearly $400,000 of the song’s royalties to relieve famine in Ethiopia.

Feliz Navidad (1970)
José Feliciano initially wrote this tune in Spanish but added English lyrics to make it more likely that American radio stations would play it. Feliciano, born blind from congenital glaucoma in a family of eleven boys in Puerto Rico, has a prolific music career beyond his world famous Christmas hit.

Santa Claus Is Coming to Town (1934)
This song was written by Fred Coots and Haven Gillespie when Eddie Cantor needed a song to sing on the radio broadcast of Macy’s Thanksgiving Day Parade. Within one day of the broadcast, 100,000 copies of the song’s sheet music were sold.

O Holy Night (1847)
The lyrics of this beautiful song were written by Placide Clappeau, a French wine merchant who was the mayor of a town in southern France called Roquemaure. The music was composed by another Parisian, Adolphe Charles Adam, who, near the end of his life, was a professor of music at the Paris Conservatory. The French lyrics were translated into English by John Dwight, a clergyman who is thought to be responsible for making Beethoven well known in America.

Congratulations! You are now semi-prepared to be a contestant on a Christmas song episode of Jeopardy.

We will be closed

From all your friends at the Buena Park Library,
we wish you happy and safe holidays!

Posted in Library News and Events

We’ve Got Your Holiday Party Soundtrack!

Posted on December 20, 2012 by Buena Park Library | Leave a comment 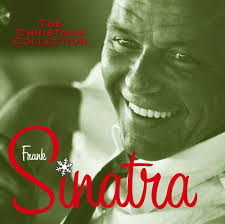 Cook Up Some Holiday Cheer!

Posted on December 18, 2012 by Buena Park Library | Leave a comment

We’ve got the books you need to make your holiday meals a success!

Posted in Books and Authors, Library Resources and Services